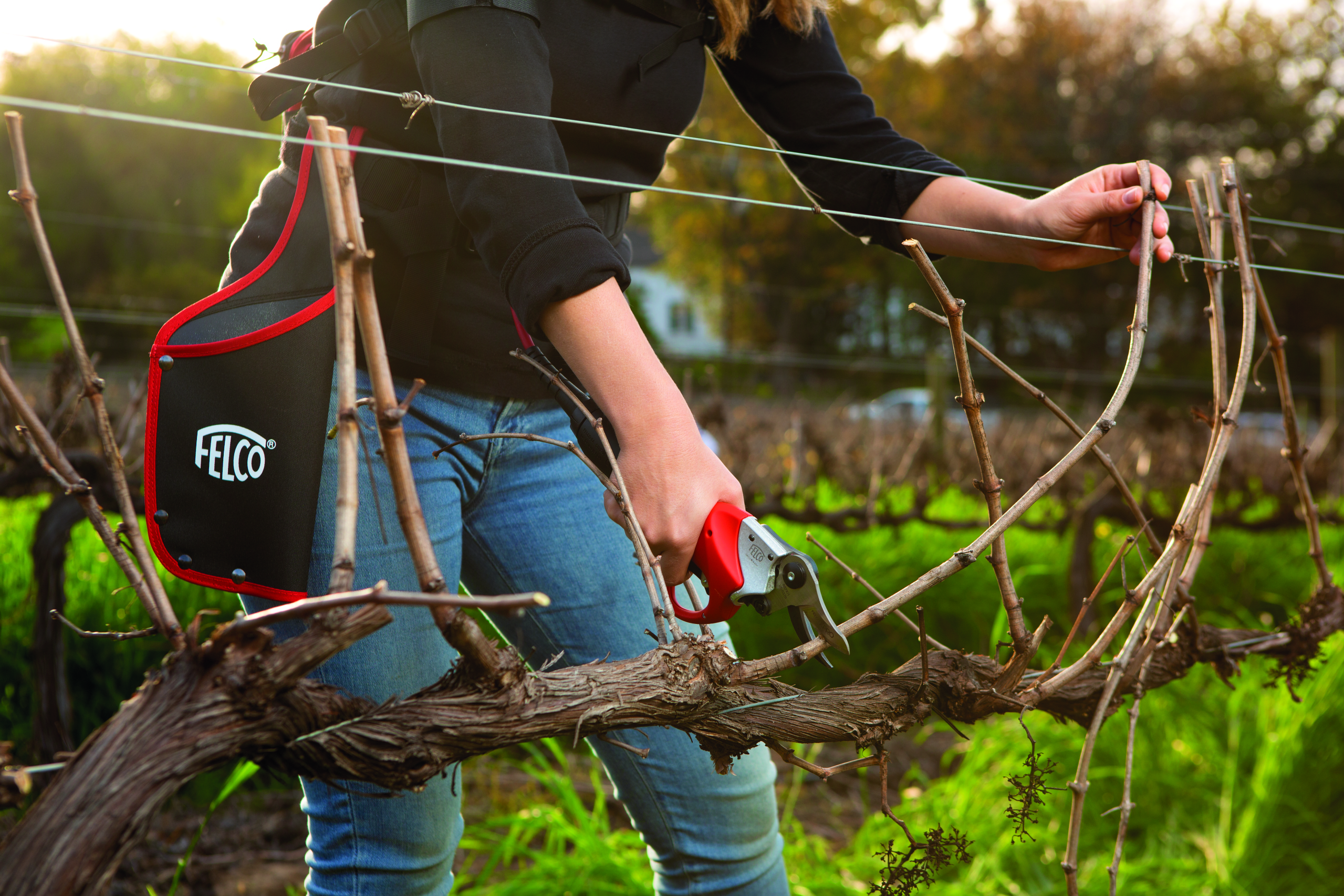 With the winter pruning season just around the corner, we thought it was time to revisit some of the updates Felco made to its range earlier this year.

As the UK’s official sales and service centre for the electronic and pneumatic secateurs manufacture, we’ve been providing fruit growers and viticulturists with Felco’s wide range of secateurs, holsters, saws and diamond coated sharpeners for nearly a decade.

“Felco are renowned for its secateurs; they’re a premium brand and widely used across by UK viticulturists already,” said Claire Seymour.

While Felco only released its new generation of professional electric pruning shears, the Power Blade series last year, the Swiss manufacture has spent the last few months upgrading the range even further.

Well, for a start, the blades are better. Made from special high-speed steel, the XPro blades, which now feature on the Power Blade pruning shears, have been put through an additional hardening process to provide consistent pruning, cleaner cuts, and a longer blade life compared to conventional steel. The blade, which also requires less sharpening, has been tested against competitors and came out by far the strongest option on the market.

Favoured by everyone from vineyard owners, to self-employed pruners, contractors and vineyard staff, the Felco Power Blade XPro range is made up of four different models of electric pruning secateurs including:

Those out in the vineyard will be able to take advantage of the new carrying system too, as all models come with a Power Pack 882. Bringing pruning into the 21st century, the Power Blades have also been fitted with Bluetooth connectivity enabling the shears to talk to the operator’s smartphone or tablet. After installing the new Felco app, operators can adjust the semi-opening and activate holster mode. There is also a ‘dashboard’ that shows tool performance data such as the number of cuts, battery life, time of usage and cut size statistics.

“It even tells you when your next service is required, the working condition of your tool, and whether it’s still in warranty,” said Claire. “As the area of vines in the country continues to increase at a rapid pace, the Felco electronic secateurs are proving to be increasingly popular. With more pruning to be done, many pruners have already discovered the benefits of switching over to electronic secateurs and these new models further help pruners to speed up the job and cover more vines in a day.”